Soulnest is my fusion project with my amazing friend Shivangi Amrit. Our first song was P.S. I Love you / Goonj

This song has gone international. Last couple of month this song has been playing in more than 220 countries over 130 radio stations. Thank You Ralph Mueller from Australia for putting us on your indie Radio show ‘Ralphy’s Music of the world’, twice and Tina from Dee Rocks Radio, UK!

We had the opportunity to get recorded by them live at Taj Connemara, Chennai where they put this whole magic together in just 2 hours ! Deep gratitude to the lovely musicians who came in, last minute, as sessions and brought our song to life! Shivangi and I, also thank Varshita and her parents for hosting us while we came down to Chennai for this ! Lots of love to you ! Now go hear the song, if you haven’t yet ! We are also excited for our friends who released their songs along with us on this album. Their songs are lovely too ! Do hear them !

Special thanks to Kristina Kelman from QUT, Australia,  Roy Dipankar & Rohan from Indiearth, Chennai, India for making this happen for us  !

Also, Yay ! We are in the media thank you Prem from the Hindu :

“As students of sound engineering, we were very excited to test some of their mics and recording equipment,” says Sharanya Natrajan of Soulnest. Along with Shivangi Amrit, the other half of the group, the duo recorded ‘Kaahe Bisrave/Ain’t Nobody,’ a bilingual fusion track, with Sharanya singing the English lyrics, and Shivangi in Hindi. Having put together the performing musicians in just a couple of days, the two were nervous, but Sharanya says, “The process was very easy, and they {Yanto and Magoo} were very encouraging.” She adds that they were excited about the Indian instruments used, particularly the tabla. 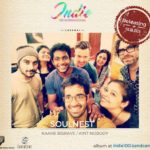 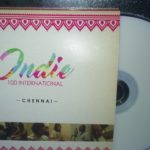 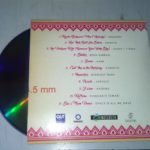